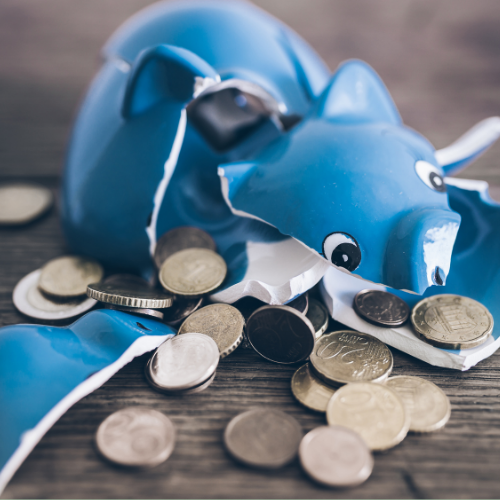 A few years ago I worked with a client who owned an appliance store that was doing about $10M in annual revenue.  The business focused on large household appliances, mainly high end kitchen appliances.  They had an amazing showroom and took care of clients from sales and ordering through delivery and installation.  This family-owned and operated business had been serving its community since 1970.  The owner approached Blue Sky for help with a possible sale of the business.  She was entering retirement age and wanted to slow down.

After a few conversations with the Owner on how we could help, we started with a Business & Market Strategy Guide (B&MSG).  The overall findings of the B&MSG was that the business was starting to decline.  Sales were down from previous years, the balance sheet was highly leveraged, and working capital was $300k higher than industry standard.

One of the biggest issues was inventory.  The company did not have a floor plan agreement with the appliance manufacturers.  They had to purchase appliances to put in the show room, which accounted for part of the reason the balance sheet was over leveraged forced the company to max out its credit lines and take out loans to cover the rest.  Slowing turnover and the necessity to keep up with new model releases also increased inventory above the industry standard.  For a company of this size, inventory on the balance sheet should have been approximately 55.8%.  Our company’s inventory was 69%.  Not only was inventory high, but it was also not turning fast enough.  The industry was turning inventory every 53 days.  The company took 235 days to turn its inventory.

After my initial analysis, I sat down with the Owner and started asking questions to try to understand why sales were down and why they had so much inventory.  The Owner related the market in her area had turned and customers were purchasing from the larger big box stores.  As for the inventory, because they did not have a floor plan agreement, they had to purchase all of the appliances in the showroom, inflating inventory.  They were constantly purchasing the newest models to showcase.  The team did not have a process in place to discount and sell off older models as each new release was launched.  This led to a large amount of obsolete inventory which had never been written off.

Despite negative growth, inventory issues, and a highly leveraged balance sheet, the Owner still wanted to sell the company.  We talked to her about what a Fair Market Value was with the company “as is” and how it would most likely be an overall wash for her.  Most businesses sell on a cash free, debt free basis.  Owners keep the cash in the bank accounts, as long as it is not tied to customer deposits, and they pay the long term liabilities.  Once this Owner paid off her long term liabilities there would be little, if any money left over for her.  She was aware of the possible outcomes and we put together an Engagement Agreement to sell the company.

The next couple of weeks went by with no contact from the Owner, despite our multiple attempts.  We wanted to answer any questions she had about the Engagement Agreement as well as get started on preparing the Confidential Information Memorandum (CIM) that is shown to potential buyers.  Finally after almost a month, she called us back and informed us the bank issued notice that they were calling her loans.  She was on the brink of bankruptcy.  Unfortunately at that point there was not a whole lot we could do for her.

I went back into my workbook for the company and ran its Z-Score.  Not a lot of business owners are familiar with the Altman Z-Score.  So here is a little background.

The Altman Z-Score is a credit strength test that gauges the likelihood of a business entering bankruptcy.  Developed in the late 1960s by NYU Stern Finance Professor Edward Altman, the calculation uses profitability, leverage, liquidity, solvency, and activity to predict whether a company has a high probability of manufacturing companies becoming insolvent.  The calculation has been reevaluated over the years to allow the evaluation of companies in any industry.   Altman’s analysis over the years resulted in an accuracy of between 82% - 94%.

The appliance store’s Z-Score was a 1.7.  It was in critical status of going into bankruptcy.  If I would have calculated the Z-Score during my initial analysis we would have had a different conversation when I started asking her follow up questions.  She was already aware that the company had been defaulting on loan payments and chose not to disclose that to us.  However, if she would have, we could have formulated a plan to correct the situation.  We would have also been able to leverage that plan with the creditors to give the company more time as we tried to solve the problem.  However hindsight is 20-20 and maybe the company was already too far down the bankruptcy path for that to work.

Now, every Business & Market Strategy Guide we prepare calculates a Z-Score for the company.  At the time we were working with the appliance company, we didn’t think of the Z-Score analysis as a significant part of our process, since all of our previous clients were in the 3+ range. And then it was and we missed an opportunity to provide the right kind of service to a client!  Now, in the rare event that a Z-Score falls below a 3, we recognize it right away and begin having conversations with our clients centered on preventing any future bankruptcy issues.