Reviewing 2021 and Looking Ahead to this New Year! 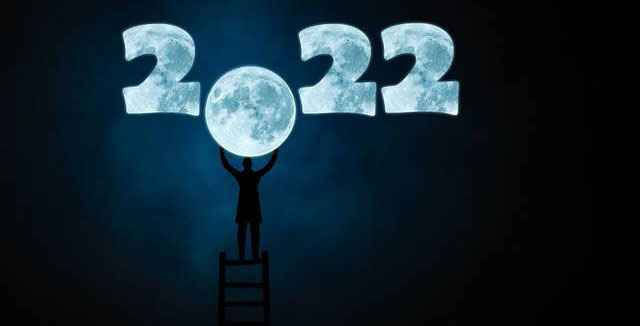 It’s time for reflection of my 2021 predictions, and a contemplation of what to anticipate in the year ahead

It is always interesting to spend some time at the end of each year taking stock of what the heck happened. It also makes sense to consider what the coming year has in store, even when doing so is akin to guessing a toddler’s chosen profession. The act is cathartic, and even wrong predictions can engage your risk assessment mindset, strengthening the agility of any strategic plans you and your team are hoping to implement. I also find that by first reviewing my prior year assessments, I can better adjust for my own biases and surprises. So, without further ado, let’s look at what I projected for 2021:

The first prediction I made (which really wasn’t much of a leap) was that the tight senate would make the execution of significant policy legislation nearly impossible. There have been no changes to filibuster rules, and the Senate has done a really good job of stymieing the Build Back Better efforts. What I didn’t predict was the significant role the two Democrats would have in this. The failure of the Democratic party to stick together to find a way to pass their President’s agenda is not going to help them entering a midterm year. Build Back Better did include spending in all of the areas I anticipated: infrastructure, green tech, support for working-class families, and an expansion of Medicare/Medicaid.

I anticipated that our country would experience challenges on account of tax and trade positions, and this has largely proven out, but the mess in our senate, new COVID Variants, and continued issues at the southern border have largely distracted policymakers from any meaningful discussions of tax or trade reform.

Economically, I suggested that political energy would turn toward stimulating the economy with work versus hand-out programs, and this has largely been the case. The Biden administration has allowed all of the major Cares Act programs to end at their previously scheduled time and has been pushing for stimulus in the form of the Build Back Better legislation. Unfortunately, with rising inflation and a fractured party, the argument that such legislative spending would make matters worse has gained significant traction. While this is demonstrably false on several economic levels, it has given politicians on both sides of the aisle something to point to in opposing the package.

While there have been loud cries from the GOP that President Biden is ruining the economy, all major markets have trended up significantly in 2021. I predicted a correction that has not come. I did, however, identify that wage stagnation for front-line workers and the lack of bargaining power for the same was reaching a critical stage. This played out in the “great resignation” of 2021. I suggested that the availability of capital through federal programs and financial institutions would dry up. The last of the major CARES Act benefits concluded in 2021 Q3, and bank lending has slowed down precipitously.

I have been pointing toward the fragility of global supply chains in the face of the double threat of COVID and Nationalistic sentiment for two years. In 2021, the world began experiencing significant shortages and supply chain disruptions. There has been little in the way of true progress on this front.

Tensions and polarization have only grown in 2021. I called for grassroots action to rebuild cohesion at community levels, but this has not happened. The normalization and proliferation of vulgarities directed – whether as coded phrases or direct assaults – toward our leaders should not be tolerated. Violent acts aimed at protecting freedoms that are not under threat, and widespread disinformation campaigns are exacerbating a problem that demands mitigation. I entered 2021 with the hope that our better angels would prevail, but they have not done so at scale in the past twelve months.

Ok, so I was wrong slightly more than I was correct, and it looks like my most frequent misjudgments were based on being overly optimistic. Looking ahead to 2022, I will endeavor to temper my optimism without closing the door on hope. Without further ado, here is what I am anticipating in the year ahead.

This coming year will be interesting in that we will want to watch just how much the BBB legislation will be pared back before it gets passed. Let’s be clear, Build Back Better will be passed in 2022 before the midterms. The big questions, in my mind, are all about how many working-class family provisions will be in the final legislation, how much funding is slashed out of it, and where the remaining funding will be directed. Watch for major corporations and industries with heavy lobby presence to come away the big winners. The problem with this is that these groups have a history of turning these awards into stock buybacks and executive bonuses, neither of which actually support economic growth and commerce. Putting money in the hands of individuals and families who will go out and spend that money does. If I am correct in what the final bill looks like, expect wall street to be happy, but plan to see little impact in communities.

I expect a lot of news coming out of Capitol Hill, with a massive push to earn some agenda wins before the midterms, and findings reports coming out of the January 06 committee. The midterms themselves will be something to watch, both from the standpoint of which party will gain control of Congress and from the social response to our first major election cycle since the January 06 insurrection. Expect 2022 to be a year of lots of political headlines, but don’t count on too much meaningful legislation at the end of the day.

Let there be no doubt that the economy is in a precarious position. While pundits are always eager to point fingers at opposing parties, there is plenty of accountability to go around. While the troubles with our economy go back far earlier than the COVID pandemic, neither party has done enough to prevent ending up here when they had executive and congressional control. I am looking for real property markets to go into decline throughout this year, labor markets will continue to be volatile as laborers fight to figure out how to gain negotiating power in the post-union era, and global instability (including the slow implosion of China’s economy) will impact already unstable trade markets.

There is always significant M&A activity in frothy markets, and I expect 2022 to be exceptional in this regard. There is still nearly a trillion in estimated dry powder, and with closely held businesses finding their footing in this new COVID scarred marketplace, there should be a strong convergence of reasonable supply and strong demand. Better than average companies can anticipate a premium in the auction process while many distressed businesses will be able to exceed their going concern worth.

I have been beating the drum of supply chain insecurity since 2019. Well, 2022 is the year of reckoning and presents a tremendous opportunity for disruption and innovation. The Lean revolution has gone too far, and businesses will need to dramatically rethink their exposure to risk and sourcing vectors. There will also be international issues at play where countries are gaining monopoly control of natural resources. No matter where you are in the well-to-wheel supply chain, you will be impacted, and businesses will need to take a much more holistic view on not only where they are buying from, but what the entire supply chain looks like. I am looking for blockchain technology to play a major role in the new supply paradigm, but count on policy, geography, and technological innovation to play significant roles as well.

This is the area I am most concerned about. Nationalistic and isolationist ideologies have been on the rise globally over the last decade, and with them increased xenophobia, partisan tension, and an overall breakdown of social discord. Last year I was optimistic that a return to community life after a year of lock-downs would lead to reconciliatory sentiments. However, with COVID continuing to churn out new variants and no end in sight, people have grown even more agitated and polarized. Hearing people cursing out strangers or resorting to violence at the very slightest of provocations is a heartbreaking reality that we are living through. Hearing people asking when they get to start using their guns on people of differing ideologies should give every single one of us pause, but this is commonplace in our present world. With all of that being normalized, it would appear that it will only be a matter of time before massive outbreaks of widespread violence become increasingly common. I would love to call upon our political leaders and media pundits to step in with some de-escalating efforts, but presently they are central in instigating these tensions. I am not too proud to admit that I am terrified of the social trajectory we are on. If we do not find a way to change the course we are on, nothing good can come of it.

Well, there you have it. We have all of the makings of a year that will live in the history books, let’s all do our parts to ensure that 2022 is remembered as a turning point to something better because the alternative is dire. Look for the most impactful opportunities to lie in the supply chain and social order. There is a ton of political opportunity, but history suggests that it will be squandered. Capital markets will likely see a good deal of volatility but expect a high volume of activity as well.

I largely agree with your forecast, Jason. I also see the following…

Economically, I doubt that the powers-that-be are ready yet to allow the economy to fail. What I do foresee is mixed and uneven impacts, with digital economics continuing to gather momentum and escalating disruption in the healthcare and food supply sectors, and continuing supply chain disruptions, keeping the economy uneven.

Socially, I see backlash against public health mandates and one-size-fits-all COVID mitigation tactics further rupturing society, along with an increasingly volatile public response as fear-fueling manipulative narratives across the political and ideological spectrum are increasingly exposed this year. These reactions might be mitigated as COVID shifts from pandemic to endemic.

On top of these dynamics, I see a blend of economic and social factors combining to magnify increasingly intense battle lines on five fronts:

1) Advocacy of and opposition to World Economic Forum initiatives versus nationalist sentiments (instead of nested patriotism and socially responsible capitalism where all are planetary citizens first, human species second, and sovereign nations third… and where people are not viewed as economic chattel);

2) Advocacy of and opposition to equity initiatives versus ethnocentric agendas (instead of creating opportunity diversity that utilizes the strengths of all groups);

4) Increasingly intense struggles among: a) those who are trying to turn humans into machines and property, b) "regressivists" who believe the way to prevent this is to return to the way things used to be, and c) those who are attempting to elevate humanity into spiritually and psychologically self-responsible and self-sovereign individuals who are simultaneously devoted to rebuilding societal wellbeing; and

5) Escalating deterioration as those who continue to use coercion clash with those who advocate compromise, while most remain oblivious of or in opposition to collaborative problem-solving strategies & tactics.

My impression is that the waves of upheaval, fear, and gridlock that are fueling all of these issues will approach and perhaps reach a breaking point in 2022. It might not be pretty when that breaking point is reached.

I am in wait-and-see mode with all of this.